Large rear tractor tires are really expensive, especially when it involves hiring a truck to come to the Island to repair or replace. Over $2000 just isn’t in the budget for items that aren’t crucial.

We decided to switch the tires on two tractors.

The “Straight Pipe”, had reasonably good tires but it is not often used in the autumn; the “Cab Loader” we really need for hauling bales but its tires were nearly bald. They weigh roughly 1000 lbs each, so it isn’t lightly done.
Christopher reasoned that the grippers we use to move baleage bales would do the trick, working like big hands.
First, one tire was removed from each machine. In the picture below, Ian is bracing, Chris is removing nuts with a rotating wrench, while Jacob stabilizes the bolts with a wrench. 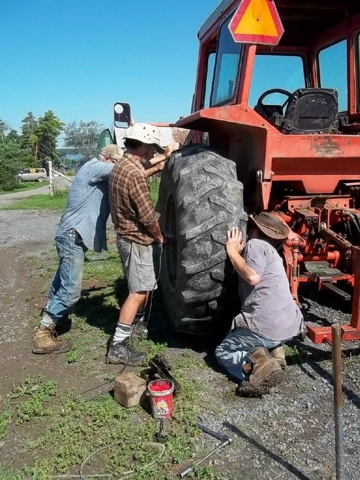 Ian giving Chris hand signals since he can’t see from the tractor seat, as the grippers line up and close firmly. 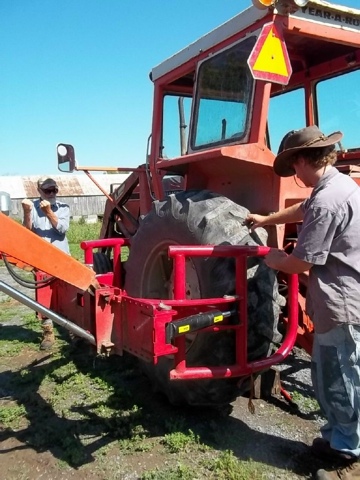 The grippers are comfortably able to handle the weight, crossing to the waiting tractor. 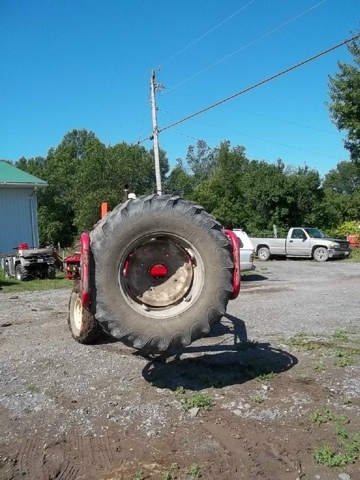 Chris has his eyes glued on Ian, as he has to line up as close as possible with the 8 studs, both vertically and horizontally, working, in effect, blind. 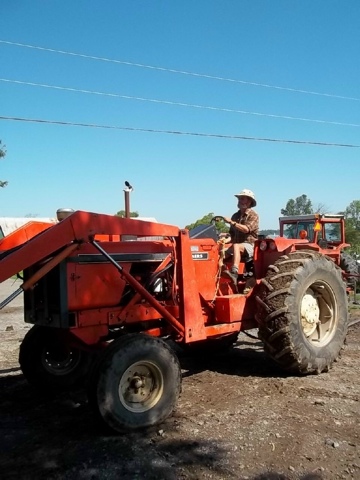 Ian’s signal tells Chris to lower just a fraction more. It worked. The final adjustments were made by rolling the tire a touch while adjusting the jack.
We’re mobile again. 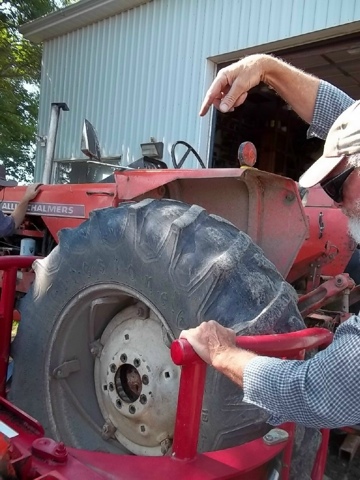